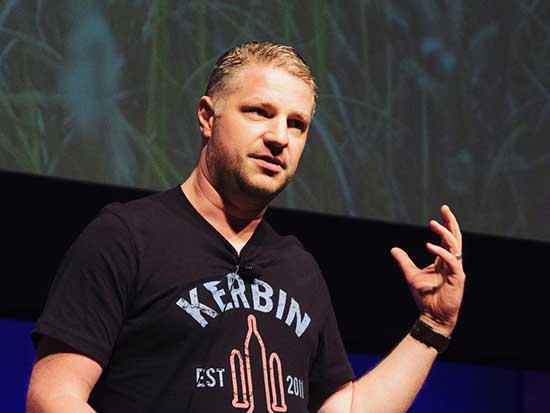 We'll have a look at some of the lesser known functional programming approaches you can use in Ruby.

Julian is a senior developer with 20 years experience, and has been hacking on Ruby for the last 12.

Originally from Wellington, New Zealand, he now calls Melbourne home. Currently working at Envato, he has spent time at some of the biggest Rails shops in Australia. Julian also runs the Elixir Melbourne meetup group, and tries to spend as much time as possible inflicting functional programming paradigms on codebases he works in.

Kiwi Ruby wouldn't be possible without the support of our friends.

Lightning fast testing and delivery for all your software projects. Buildkite is a platform for running fast, secure, and scalable continuous integration pipelines on your own infrastructure.

Loyalty specialise in the clever use of data to help Kiwi businesses know more about their customers. Loyalty NZ is best known for the Fly Buys programme, New Zealand’s most loved loyalty programme.

Trineo uses Ruby to build world-class app ecosystems on Heroku. Our mission is to work in service of people and the planet. We hope you enjoy Kiwi Ruby!

Flux is a software platform that makes it easier for you to run your energy retail business end-to-end while unlocking opportunities to innovate.

Boost are a team of technology professionals designing and building web and mobile apps from our office in central Wellington.

Flick Electric Co. is the electricity retailer giving Kiwis power over their power. We’re bringing honesty and transparency to an industry in serious need of a good shake-up.

Ticket sales are closed.
Take a look at the schedule.