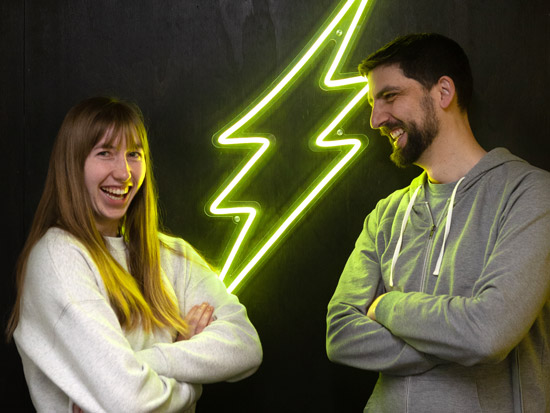 How flick is replacing the 'move fast and break things' mindset with one built on pattern libraries, high-quality code, and a passion for design systems.

I'm a seasoned front-end developer, and built my first site in 1997, back when marquee was high-tech, and nested tables were all the rage.
Since then I've dabbled as a UX researcher and interaction designer, but my core love is for working with HTML, CSS, JavaScript and all the peripheral elements of the web. Open source stacks are a great environment to work within, and Ruby (Rails, Middleman) is no exception.

I moved to Wellington 5 years ago, after attending Webstock 2014, and now work at Flick Electric Co. Here I helped implement Flick's first Design System alongside some great people like Sophie Price, and Kah Chan.

I'm a product designer who's really passionate about UX, however I enjoy spending a fair bit of time getting my hands dirty with front-end code. I've been at Flick since October last year, after completing my Masters in Design Innovation at Victoria. At Flick I've continued my healthy obsession with design systems that began during an internship at Trade Me in 2016-17.

Outside of work you'll find me at the climbing wall, or outside bouldering when the wild Welly weather permits!

Kiwi Ruby wouldn't be possible without the support of our friends.

Lightning fast testing and delivery for all your software projects. Buildkite is a platform for running fast, secure, and scalable continuous integration pipelines on your own infrastructure.

Loyalty specialise in the clever use of data to help Kiwi businesses know more about their customers. Loyalty NZ is best known for the Fly Buys programme, New Zealand’s most loved loyalty programme.

Trineo uses Ruby to build world-class app ecosystems on Heroku. Our mission is to work in service of people and the planet. We hope you enjoy Kiwi Ruby!

Flux is a software platform that makes it easier for you to run your energy retail business end-to-end while unlocking opportunities to innovate.

Boost are a team of technology professionals designing and building web and mobile apps from our office in central Wellington.

Flick Electric Co. is the electricity retailer giving Kiwis power over their power. We’re bringing honesty and transparency to an industry in serious need of a good shake-up.

Ticket sales are closed.
Take a look at the schedule.